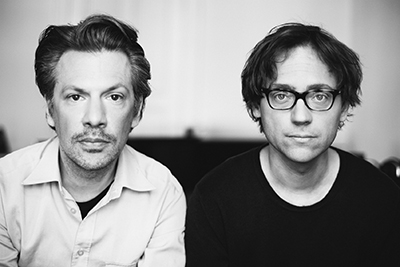 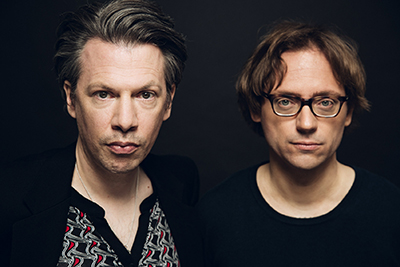 What do you do, when on first listening, an album appears unwieldy, seems to be crying out for attention, yet at the same time suggests a great deal is to be discovered in it musically? Listen to it again, perhaps even put it on “repeat”. Quite predictably, a phenomenon will be heard, one we know of from other complex music constituting moments, fragments of melodies, unexpected chord changes that bore themselves into our unconscious and while residing there begin to develop a veritable life of their own.

Audiac, a duo, located in Tübingen and Hamburg, made up of Alexander Wiemer van Veen and Niklas David, promise their listeners an enormous amount. Each song is a journey into sound, each strophe – a sonic adventure, each refrain – dreamlike. This we know of Audiac. Their debut album of 14 years ago “Thank You for Not Discussing the Outside World” was a unique immersion in sound – it earned the band a stable ranking on rateyourmusic.com’s renowned list. Go to Trip-Hop where their listeners’ choice stoutly maintains Audiac between Portishead and Massive Attack.

14 years later, Audiac are bathing in sound again, with their second album, produced again by Hans Joachim Irmler, founding member of Faust, the legendary experimental “Krautrock” outfit of the early to mid-1970s.

“The years pass by, we kept on tinkering. In a world where record sales no longer count for anything, then really it is just about the best possible artistic work. We surprised ourselves when, all of a sudden, we held the finished album in our hands,” said Niklas David who lives and works in Hamburg composing melodies and soundscapes only to be heard on Audiac discs.

Alexander Wiemer van Veen: “In Tübingen, I’d often rehearse a song with the guitar, but always only send Niklas the song melody – from it he would build into it quite different melodies, completely new sound worlds, around my song. In turn, I would comment musically – this is the way we sent our music files to-and-fro – for a decade.”

In this manner, the complex arrangements refer back to a sensitive and eclectic musical taste of which both Audiac members are possessed. In the Faust studio in Scheer, Alexander Wiemer van Veen recorded the final vocal corrections, bringing to an end an incredible 14 years of production time.

Alexander Wiemer van Veen: “It’s quite breath-taking really, how Hans-Joachim Irmler supervised the album over the entire period and never once put us under any pressure.”

The result is “So Waltz” – an absurd wordplay – ten musical diamonds that grow with each listening. The choruses, piano scores, horn phrases, distorted organ melodies, not least Alexander van Veen’s sententious voice, all combine -thanks to Hans-Joachim Irmler’s magic fingers in the final and most accomplished stereo mix – to a far greater whole.

With its roots in the German Romantic Lied, chansons, theatre music traditions and the burlesque, it is surely only a matter of time for Audiac to be discovered, not only by music lovers, but by the film world – Audiac’s music is filmic and its songs shamanic.